Quite a long story...

Cider is an ancient beverage whose origin is hard to define as it became a traditionnal drink in several European countries. Nowadays in France, cider (or "cidre") is mostly produced in the regions of Normandy and Brittany, although other regions - such as the Basque Country, Savoie and Champagne - also have a long tradition of cider making. 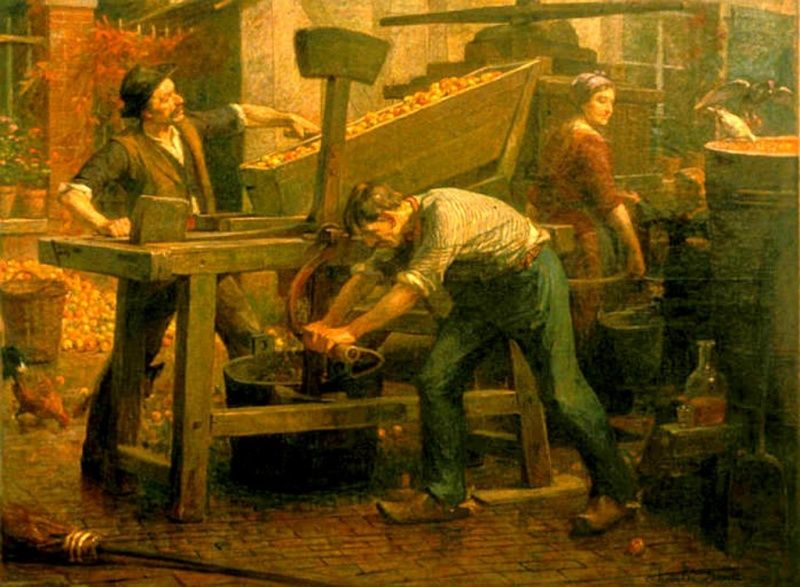 Above: a painting by Charles Denet illustrating the cider making process in Normandy at the beginning of the 20th century.

French cider distinguishes itself from other ciders by the use of specific apple varieties, and a particularly strict making process.

The story of French cider

France was one of the countries that inherited both a knowledge of apple cultivation from the Celtic Gauls and the later Romans, who ruled the country for approximately 500 years: both had knowledge of grafting and keeping apples. The earliest mentions of cider in this country go back to the Greek geographer Strabo: he speaks of the profusion of apple trees in Gaul and describes a cider-like drink.

In the 9th century, Charlemagne, in the Capitulars, ordered skilled brewers (the Sicetores) to always be present on his estates to make him ale,    "pommé" (pomacium), perry and all the liquors liable to be used as drinks, and also ordered an expansion of planting apple trees in what is now Northern France.

In the 13th century, the invention of the press greatly facilitates the cider making process. It starts being served in the taverns alongside wine and beer. Botanists study and classify the apple varieties to optimise production and taste.

In 1589, Dr Julien Le Paulmier, personal doctor to King Henry III of France, is the first to put forward the health benefits of cider in his “Traité du Vin et du Cidre”.

At the beginning of the 20th century, "cidre" is the second most consumed drink in France with 20 million hl, just behind wine (55 million hl), and above beer (15 million hl). However, the destruction of many apple trees during World War II leads to a substantial decline in French cider production.

Today, with 8500 ha of dedicated orchards producing 250 000 tons of fruit annualy, France is the largest cider country in Europe. About 10% of the production is exported, amounting to 100 000hl. The French consume 5,4 litres of cider per year and per household, usually during seasonal events such as Candlemas (Chandeleur or Pancake Day), Mardi Gras and with the Three Kings cake (galette des Rois).

Where and how it is made...

There are 3 main categories of cider, based on the degree of alcohol and sugar content:

• Cidre Doux: with less than 3° alcohol and more than 35g sugar per litre, is light and fruity.

• Cidre Demi-Sec: with 3° to 4° alcohol, between 28g and 42g sugar per litre is balanced with a touch of sweetness.

• Cidre Brut: with 4° alcohol and above, but with less than 28g sugar per litre, is more tart and thurst quenching.

Traditional cider is produced using "the old methods". It can easily reach 5° alcohol and can be slightly cloudy due to the lighter filtration. It is a drier style than the Brut and less bubbly. Cider lovers enjoy it for its more "rustic" taste.

Normandy and Brittany are the 2 main regions of production. Since the 1990's, they benefit from IGP status, respectively "Cidre de Normandie" and "Cidre de Bretagne". Within these, 2 AOC with stricter regulations have been created: Pays d'Auge in Normandy and Cornouailles in Brittany.

Other producting regions include Pays d'Othe, located south of Champagne, Savoie, the Loire Valley, Picardy and the Basque country. 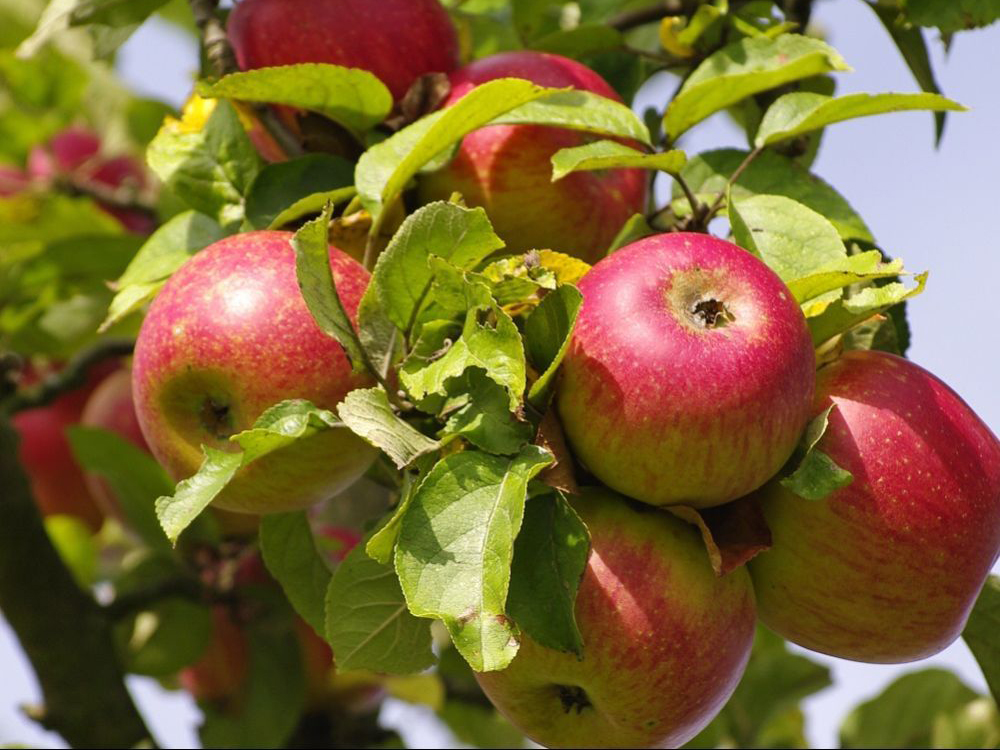 Most ciders are made from a blend of apple varietes, classified under 5 different types: acidic, sweet, sour, sweet-sour and « self producing » cider apples that are perfectly balanced.

• Harvest – Apples are machine or hand picked from the ground when they start to fall off the tree, indicating that they are fully ripe.

• Storage: harvested apples are stored in a well ventilated room. Part of the juice evaporates, concentrating the sugar and the flavours in the flesh of the fruit.

• The apples are then cleaned, sorted and crushed. The pulp is left to decant for up to 10 hours in a large and shallow opened vat. This allows the extraction of the pectin and sugar from the skin and flesh of the apples into the juice. The flavours and colour also develop.

• The juice is clarified either by filtration or decanting before being transferred to the fermentation vats. Some producers use stainless steel, concrete, or wooden vats. Fermentation can also take place in the bottle, which is usually the same shape as that of sparkling wines.

Here are a few cocktail ideas to get you started. Enjoy! 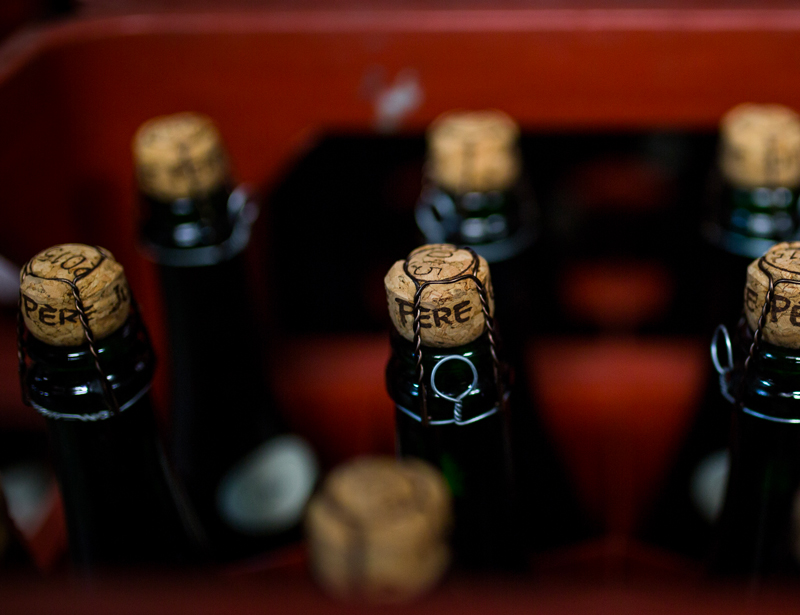